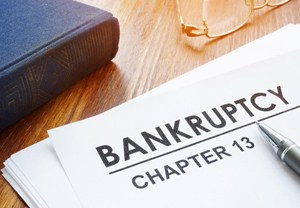 In this article, you will learn:

How Does Chapter 13 Compare With A Private Debt Consolidated Service?

It’s recommended that a person in financial trouble never seek the help of a so-called debt settlement company. If you want to try to settle a debt, you can negotiate on your own behalf without paying a company a large fee.

Will I receive a 1099 Tax Form on Debts in My Chapter 13 Bankruptcy?

No, unlike debt forgiven though debt settlement, a debtor will not pay taxes on the debts discharged in a bankruptcy, Chapter 13 or Chapter 7.

What if a Creditor Tries to Collect the Debt That Was Discharged?

If a creditor takes collection activity after the debt was discharged in a bankruptcy, that creditor will be held liable for violating the automatic stay and can be held financially accountable.

If a creditor violates an agreement in an account settled with a debt settlement company, the debtor must hire and pay for an attorney to file a lawsuit against that creditor.

Must All Unsecured Debts Be Treated Alike Under The Chapter 13 Plan Or Can More Be Paid On Some Than Others?

The unsecured creditors who have filed a claim will be paid on a pro rata basis in the Chapter 13 bankruptcy determined by your individualize plan of reorganization. If the creditor does not file a Proof of Claim, it won’t be paid anything, however, the debt will still get discharged.

How Much Of A Debtor’s Income Must Be Paid To The Chapter 13 Trustee Under A Chapter 13 Plan?

When Must The Payments To The Chapter 13 Trustee Begin, How Often And By Whom Must They Be Made?

Is It Necessary For All Creditors To Approve A Chapter 13 Plan?

In order for creditors to be heard related to whether or not the debtor’s Chapter 13 plan of reorganization is approved, they must object to the confirmation.

How Much Do Creditors Have To Be Repaid In Chapter 13?

A creditor’s priority of payment depends on whether it is a secured, unsecured, or priority claim. The amount that each of those creditors receives depends on the disposable income of the debtor. Secured creditors must be paid in full with interest.  Unsecured creditors will be paid a pro rata share in a Chapter 13 bankruptcy.

How Are Debts That Have Been Co-Signed Or Guaranteed By Someone Else Handled Under Chapter 13?

Typically, the debtor can pay co-signed claims through the plan of reorganization and receive a discharge with respect to those debts. The liability of the co-signer or guarantor is not affected by the bankruptcy, however, so non-filers remain liable for the debts if it is not paid.

May A Self-Employed Person File Under Chapter13?

Yes, a self-employed person can file a Chapter 13 bankruptcy. Their income is calculated as business income and must be proven with bank statements or settlement sheets.

How Does Filing Under Chapter 13 Affect Lawsuits And Agreements Against The Debtor?

The automatic stay will prevent any further activity with respect to pending lawsuits without permission of the bankruptcy court. Liens can pass through Chapter 13, depending on the nature of the debtor’s assets owned at the time of the bankruptcy filing.

When Does The Debtor Have To Appear In Court In A Chapter 13 Case?

Very few debtors must make an in-person appearance in court during a Chapter 13 case. Generally, the attorney representing the debtor makes all appearances on their behalf.  For the most part, the debtor does not appear at anything other than the creditors’ meeting, which is also referred to as a Section 341 meeting. Currently those are being held by Zoom Video.

What Is The Role Of The Debtor’s Attorney In A Chapter 13 Case?

The role of the debtor’s attorney in a Chapter 13 case includes, but isn’t limited to…

A Chapter 13 case lasts 36 to 60 months and your attorney will work with you throughout the entirety of your case.

For more information on Filing A Chapter 13 Bankruptcy In Texas, an initial consultation is your next best step. Get the information and legal answers you are seeking by calling (888) 402-5557 today.